I had such an amazing time at the Rocky Mountain Wine and Food Fest!  I knew it would be fun.  I knew it would be delicious but I had NO idea how HUGE this show is. My sister and I both had sore feet by the end of the night (thank heaven I had my Naots on or I’d have been a bleeding mess).  There was so much to taste and sip and savor.  From top of the line tequila to Nut free Nut Liquor (seriously) and everything in between.  It was the in between I was after.  WINE and more wine and a touch of mmmmmmmwine.

We’ve decided we’ll attend this event every year because now that we’ve been…we couldn’t live knowing all that fun was being had without us.

We went in with a bit of a game plan which was to stick with white wines (we only had so much time after all!) and for the most part it worked.  This was especially important when we hit the lone jewellery booth because, well, you can’t drink jewellery so we moved on and saved our cash for a few bottles at the end.

I don’t even know where to start here!  I guess I’ll share my list of favorites and then move on to some pics and info on the food.  Mkay?

~  Villa Maria Private Bin – Gewurztraminer – the lead flavor for me was green apple (which I’ve since learned was actually quince, I’d never had quince).  It was nice and juicy and tart too.  LOVED this.

~  Charles Smith Kung Fu Girl Riesling – I adored this wine…adored.  I bought a bottle on the spot for later and it won’t last long let me tell you.

~  Familia Schroeder Deseado Sparkling Torrontes – this was the fist taste we had and what a way to start.  Not as sweet as moscato, but still juicy and fresh.  We went back for one last glass before we left because it was the perfect way to end the show too!

~  Chateau St Jean Sonoma County Fume Blanc – light, citrus, fresh and crisp.  It was really yummy and a good bottle to have with a light meal.

~  Starling Castle Gewurztraminer – this was on the sweet side with flavors of apricot.  I wish’d I had a bit of salmon to go along with it. Yummy.

So that was the ‘wine’ part of the festival and here’s a tad bit on the ‘food’.  Honestly, we didn’t try that much from the food booths.  Wine was clearly our focus (and rightly so) but we did have a few things along the way that were noteworthy. 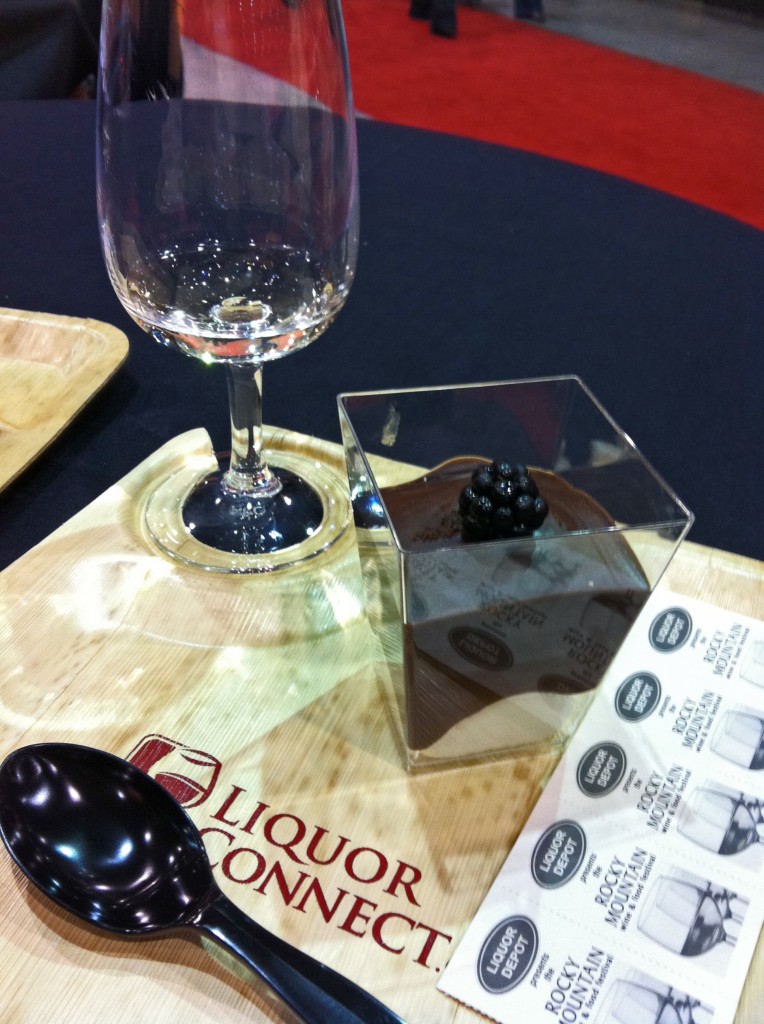 Then we hit up the Craft Market booth for the most amazing, spicy fish taco (they have gluten free too!)  It was so good I went back for a second before we left.  I could use one right now. It was so fresh and they didn’t skimp on the jalepenos! 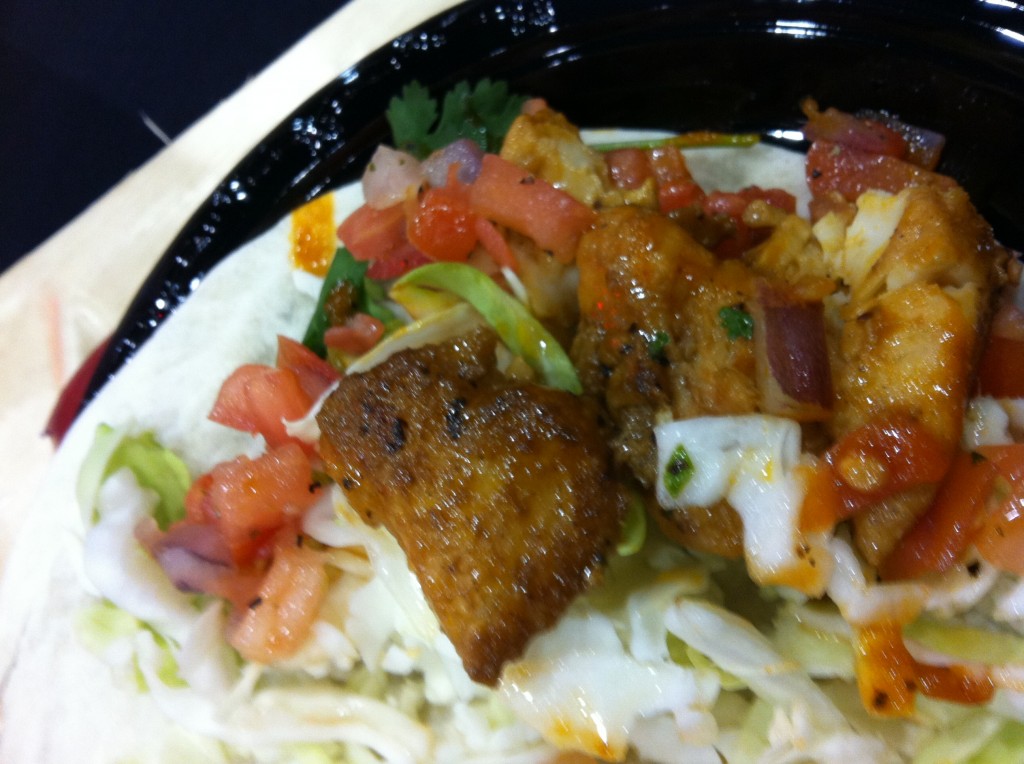 Somewhere along the line I also had a wee Beef Wellington that was to die for.  At that point I switched to reds because if you’re having beef wellington you need to have some shiraz with it.  I don’t have a photo of that.  I might not have been so organized by that point.  *ahem*

And so that ends my tale of wine and food from the Calgary Rocky Mountain Wine and Food Festival.  It was a seriously fun time and it’s already on the calander of ‘must attend events’ for next year.  Put it on yours too.