You know those commercials with the Polar Bears drinking Coke?  The ones that come out right before Christmas?  Yeah you do…they’re cute, they’re classically Coca-Cola and they never fail to bring a smile.

Well, Coke has become so enamoured with the Polar Bears that have graced their holiday advertising that they’ve teamed up with World Wildlife Fund (WWF) and started The “Arctic Home” campaign.  By turning their iconic Red Cola cans white, they will help raise awareness and funds to support the WWF’s efforts to protect the polar bear and their Arctic habitat. 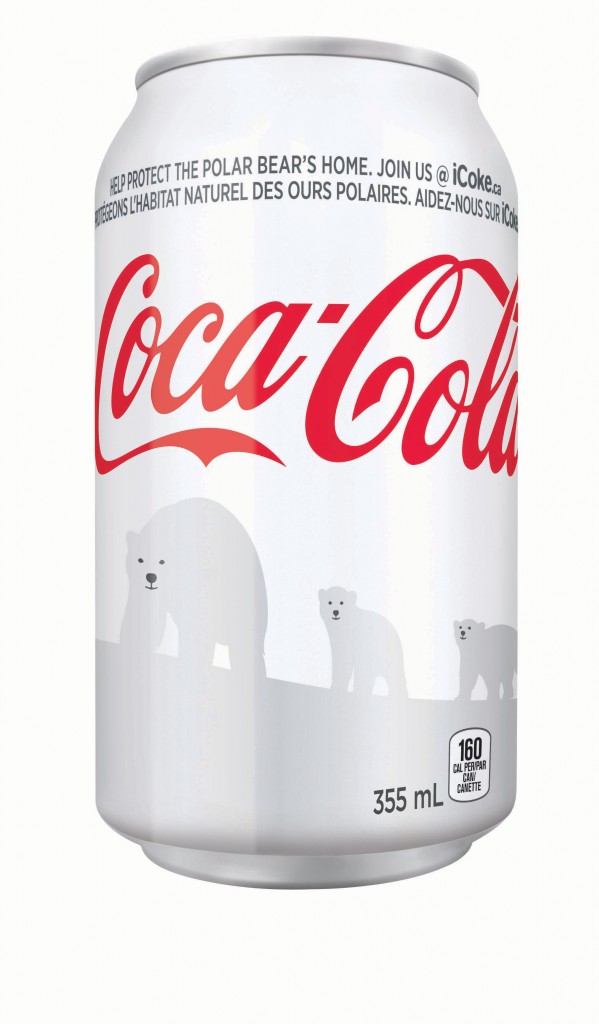 With nearly two-thirds of the world’s polar bears living in Canada, this Arctic species is an important part of our ecosystem and culture. Coca-Cola will contribute $2 million to WWF over the next five years, and through the “Arctic Home” campaign, will match consumer donations made by March 15, 2012, up to $1 million USD. Canadians can visit iCoke.ca to make their donation. Funds raised will go toward WWF’s conservation efforts to protect polar bear habitats – for their survival today and into the future.

“This campaign is about working together to save one of the most important places on Earth,” said Gerald Butts, President and CEO of World Wildlife Fund. “As sea ice continues to melt at alarming rates, polar bears and local communities alike are threatened. With Coca-Cola’s support, we can expand our reach and impact to help chart a sustainable future for this critical Arctic ecosystem.”

On iCoke.ca, visitors can explore, experience and learn about the polar bear and its Arctic home. They can watch video chats with WWF scientists, track virtual polar bear sightings, and make donations online.

You know, I’ve posted before about how much ‘stuff’ we have accumulated in this house and how I’m constantly trying to declutter. I know I’m not the only one who struggles with purging unused items from their living spaces. Maybe this year I’ll encourage people to donate to a good cause instead of buying me something that will sit in a closet or cupboard taking up space.

Aside from buying for the kids it’s getting increasingly hard to buy for my family members – nobody needs anything (we’re lucky to be so blessed!) yet every year I wander around the mall wracking my brain to find something they might like. I’m starting to think making a difference for our Canadian Wilderness might be a much better way to spend some holiday dollars.

Have you ever done a donation in lieu of a gift? Was it well received?