Well, that’s it.  Nate is two and I have no more babies in my home.  He’s walking, talking, interested in potty training and doing a lot of things on his own.  He loves to put his plate in the sink and his garbage in the can just like his big sister does.  He wants to help.  He’s a good boy and I’m hopeful that once he gets a better handle on his language skills that the emotional tantruming will cease.

He was excited to learn we were having a birthday party for him.  He knew what it meant to get a present.  He wanted to tear into his cake so badly and *sigh* he did just that when I wasn’t looking – and before I managed to take photos! 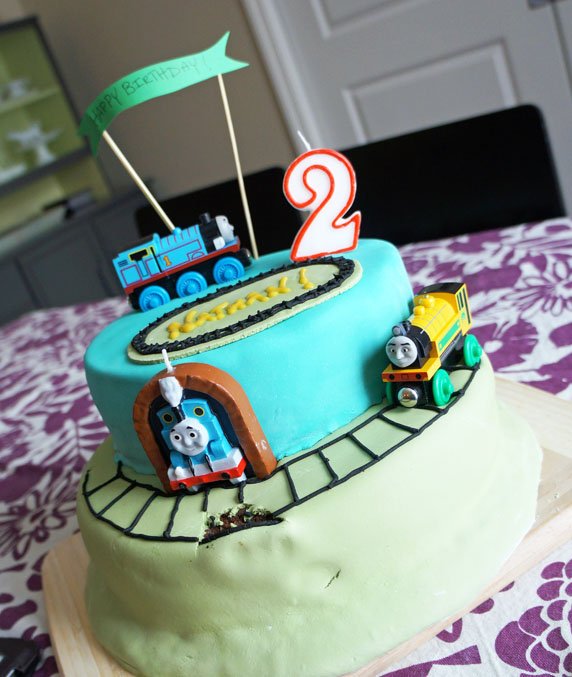 I attempted to do a marshmallow fondant Thomas the Train cake and while it turned out ok – the guest of honor was very excited by it – I’m starting to think this cake making thing is for the birds.  I’m never satisfied with my results and spend way too much time crafting these things.  Hannah’s last cake came from Safeway because we were really short on time in June and I’m now seeing that it might be the way to go from now on! 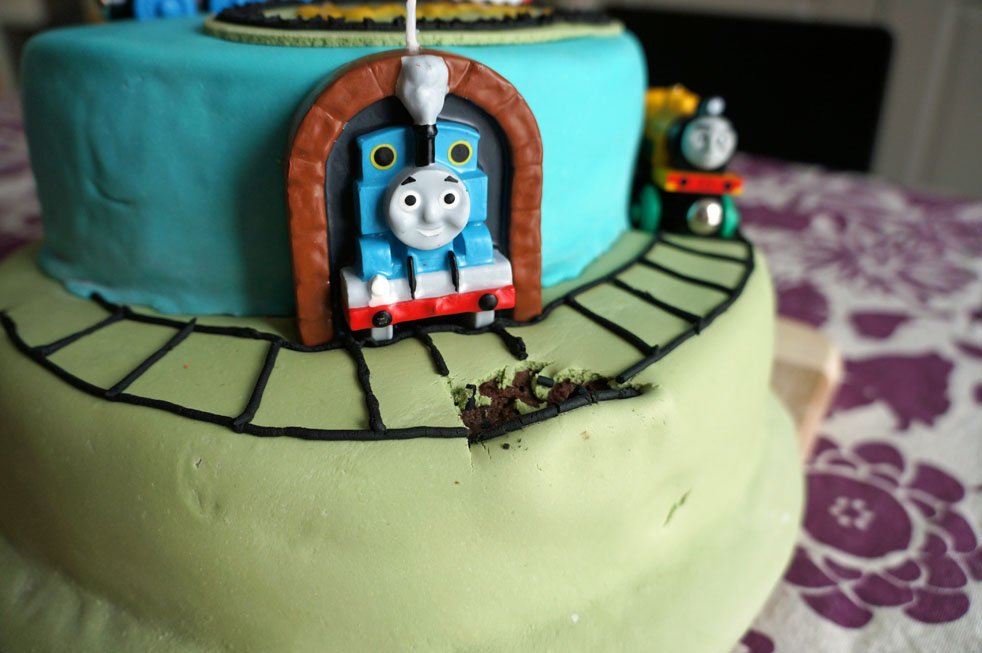 A closer shot of the finger damage.  The wee guy was just so excited to get into this cake!  But when we brought it out, all aflame, and started singing well, he lost it.  I don’t know if it was the fire or the sound of all of us singing but whatever it was overwhelmed him and… 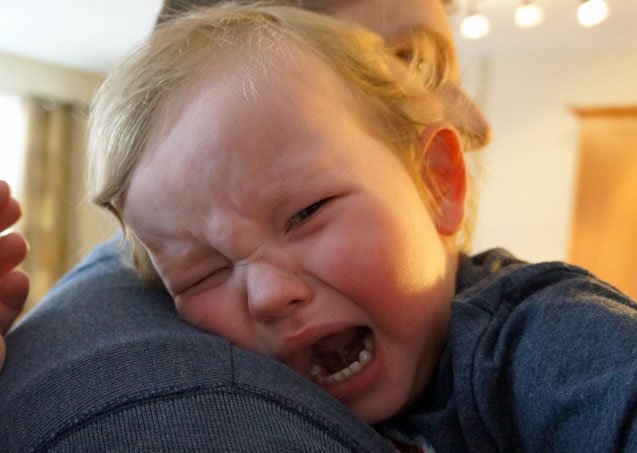 I blew out his candles for him – he wanted nothing to do with that.  But he did want cake.  And he seemed to recover quickly from his meltdown after I placed a slice in front of him. 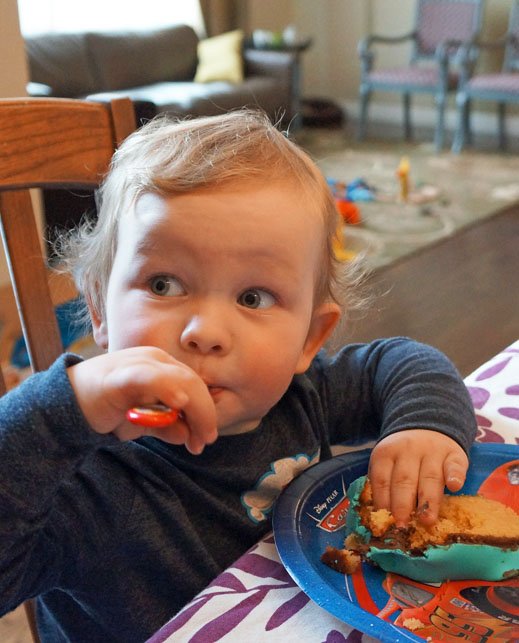 Happy Birthday to my boy.  You’re so big and so determined in everything you do.  You engage deeply and entirely with what you’re doing at any given moment be it playing with your trains or blocks, watching your favorite shows or giving kisses and hugs.  Whatever you do, you do it with your whole heart and maybe that’s why you get a little overwhelmed from time to time.  I’m sorry you didn’t like your birthday song but I’m glad you still enjoyed your party.  It’s hard to believe you’re already two and no longer a little baby.  You’ll always me my baby though, my little buddy and best cuddler.  I love you Nate.  Always. 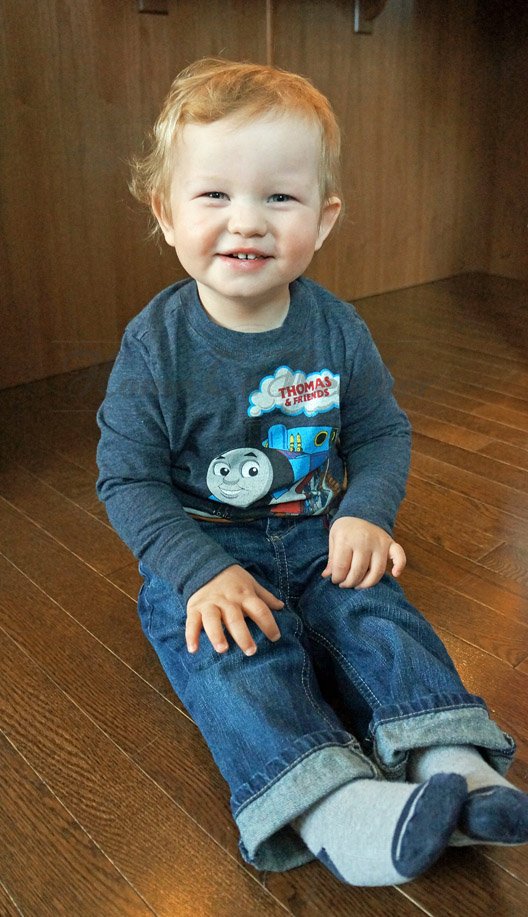