Christmas, Easter, Thanksgiving, birthday gatherings, Sunday dinner.  All of these family get togethers usually ended the same way.  The adults would clear the dishes and the cards would come out.  As a small child, I would play with toys or colouring on the floor beside the table and as I got older I would sit at the table, watching the action even though I didn’t truly understand what was going on.

I loved to watch my grandmother make disparaging glances at my dad when he foiled her plans.  Or to hear my grandfather quip that he was sitting in the unlucky seat.  They chatted as the night went on, politics, local events, news.  They laughed as someone took the win unexpectedly and sighed as losses mounted.  I heard terms like trump, bower and kitty, never really understanding what they meant, only that the game was called Euchre. 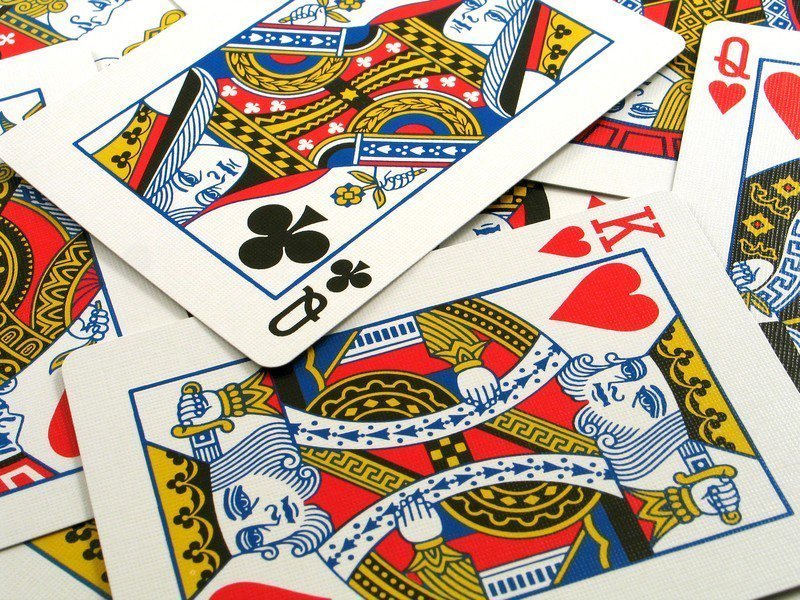 It didn’t matter which side of the country we were on, west coast or visiting aunts and great aunts on the east coast, the cards would come out.  Sitting in the kitchen of a 100 year old farm house that swayed in the Nova Scotian wind, they played a game called Auction.  I was old enough to join in and tried my best to learn the rules and the language of this engaging yet complicated card came. My mom was always the score keeper and she helped me strategize. We sat up into the night, well past my bedtime, nibbling on chips and dip as the game went on.

Later, after I was married, back in the west, the tradition held fast still. My husband, not being a card player and not up on the rules typically bowed out to watch tv and then later, watch our children so I could play. Our game then was called Frustration – now more commonly known as Phase 10

. It would last forever as we awaited someone to achieve the last round. My husband would shake his head, ready to go home, never really understanding the appeal of playing cards – he hadn’t grown up with it as I had.

Now that we are in Calgary and our family is further away, opportunities to play cards at family dinners are few and far between.  I was sad that the tradition was to be lost.  It wasn’t until we got a pack of Uno cards that I had hope our family tradition would survive.  It turns out, my daughter has inherited the card shark gene.  She picked up the game quickly and enthusiastically often trash talking and I began to see the same expressions on her as I used to see on my grandmother’s face.  She would scoff at having to pick up cards and then a glint would begin in her eye as she formulated her strategy and knew she had a good hand.

This year at Easter, our in-laws came to visit.  We had our turkey dinner and the dishes were cleared.  “Nana, play uno with me?” Well, they were done for, nobody could say no to this request.  We brought out the deck, shuffled, and the game was on.  We played round after round, laughing and taunting each other as we went.  My husband joined in even though he continued to lose. He complained that he was in an unlucky seat. “Pick up four!”  Even Nate, our 4 year old, managed to play well on his own with minimal help.  Could it be that the family tradition would live on? 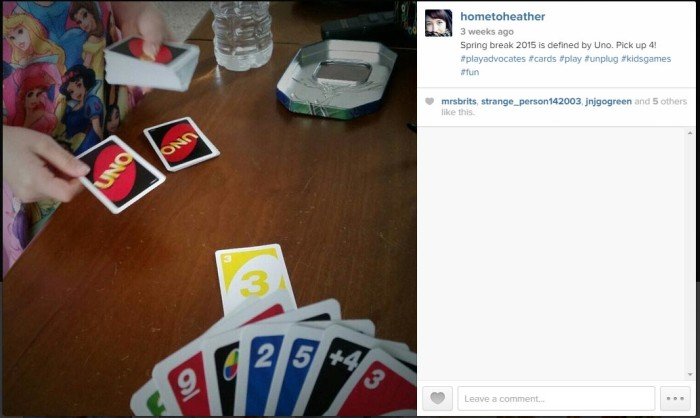 Upon receiving news that my mom was coming to visit this June, my daughter asked “Do you think Grandma would like playing Uno?” “Yes, yes I am sure that she will want to play.” And I can’t wait for the game to begin.

What family traditions are special to you?  Do you play cards too?  I’d love to hear about your favorite games!

**I am a Play Advocate. As part of my affiliation with this group I receive special access to MATTEL® events and products. The opinions on my blog are my own.