Last weekend was Calgary Expo and this was my third year attending.  If you haven’t gone yet, you are missing out.  Put it in your calendar for next year and get yourself there. 2016’s expo is April 28 – May 1. 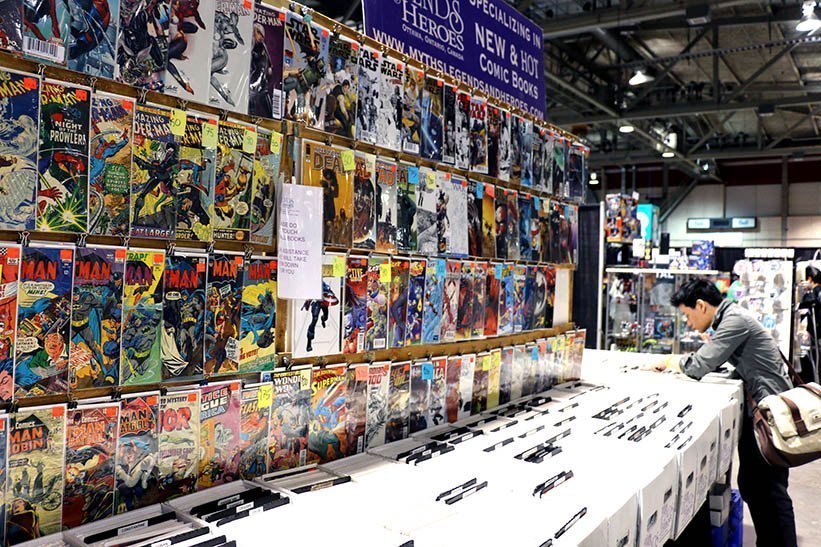 Over 100,000 people visited the grounds for the highest attendance in Expo history.  I remarked several times that it didn’t feel as busy as past years and that was because the organizers did a stellar job of placing events and exhibits so there was as much room as possible for people to get around.  As someone who hates crowds, I appreciated this greatly.

The weather was awesome so many people sat about outside which freed up space too.  The very best thing about the Expo is that you can go with no expectations or you can plan out your weekend down to the moment.  Myself, I love to wander and people watch.  There’s no shortage of fun to see. 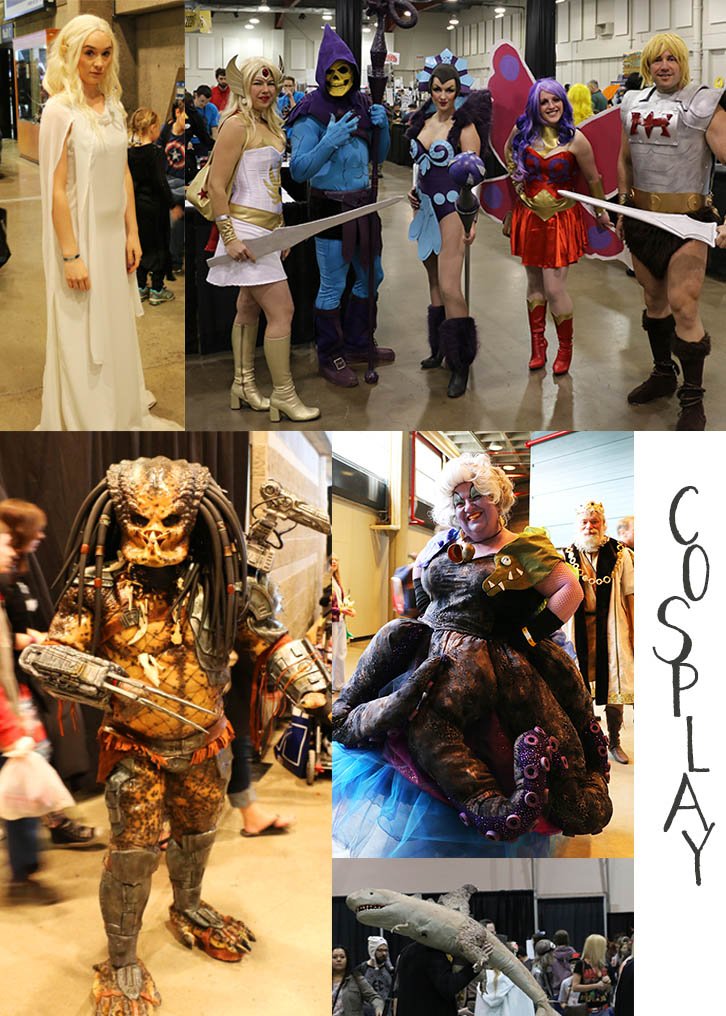 Left to Right: Galadriel, She-Ra and her crew, The Predator, Ursula the sea witch, Shark w feet – not really sure what that is….

There are so many people in interesting costumes and they really put a lot of effort into them.  These cosplayers are super friendly and willing to let you snap a photo or chat about their get-up.  Love them.  In addition to all these folks walking around you’ll also find a good number of celebs.  I learned that the 90s aren’t quite back in the cool as the crew from 90210 had a hard time filling up their autograph lines.  Jason Priestly, Ian Ziering and Luke Perry were looking a little lonely.  Sorry guys…give it another 5 years.

In contrast, The Walking Dead cast members were split to the Big Four building to allow enough room for their fanbase to line up for autographs and I couldn’t even get close enough for photos except for Ross Marquand who plays Aaron as he had a booth on the outside edge of the room. 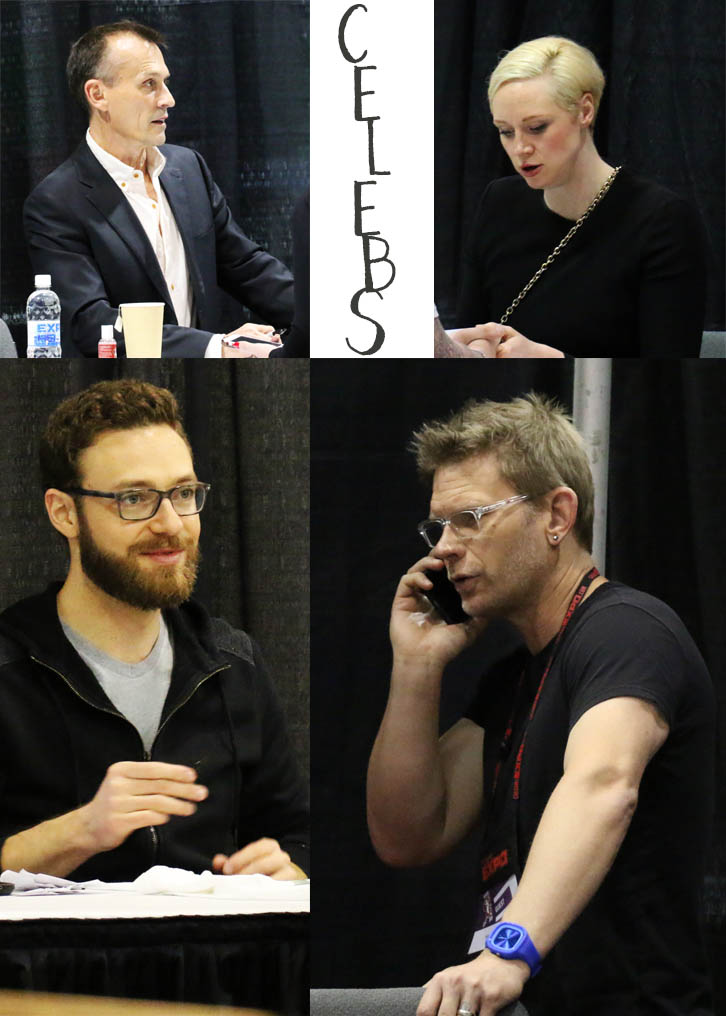 The whole point to the Expo is that you can show enthusiasm for your fav show, book, character or whatever without feeling like a super freak in doing so.  It’s a chance to geek out and be a fan and celebrate what you love.  Right now, I’m a massive fan of the TV show Supernatural – there are 9 seasons on Netflix and I’ve watched them all.  Twice.  I know, I know…… Anywhoo….. Mark Pellegrino, shown above, plays Lucifer in Supernatural and does he ever do an amazing job.  His character is one of my favorites.  Yes.  I’m a raging fan of Satan.  If you’ve watched the show then you’re likely right there with me.  This year we did something we’ve never done at the Expo.  We stood in line and paid for a photo opp.  I figured that having our picture taken with the dark lord would be pretty funny to look back on when we’re seniors. 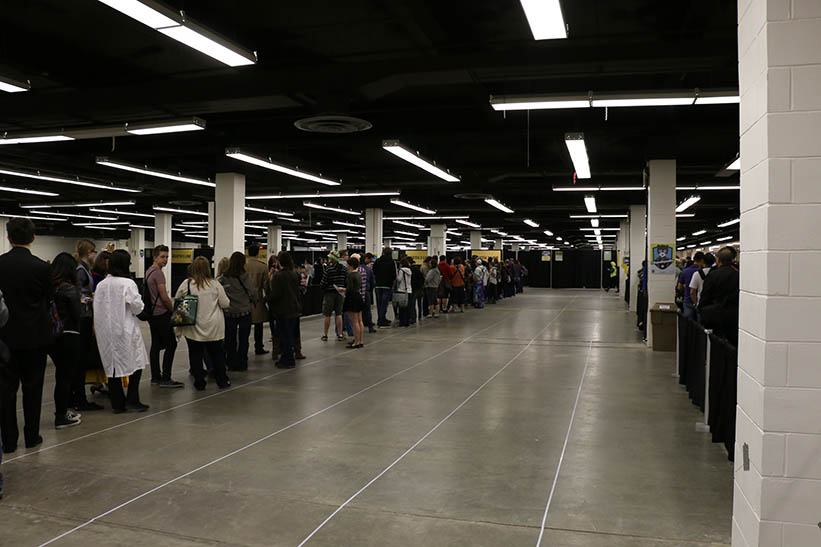 We weren’t alone.  All the Luci fans were sent to the bottom of the Big Four building to wait in line.  I’d say it was about double this size by the time we actually started moving.  We snaked around in the dim fluorescent basement lighting, between black curtained corridors, not knowing where we were going and then, there he was.  Satan himself.  I couldn’t help but think of how weird his day must be, standing there having his photo taken with hundreds of strangers over the course of the session.  The photo itself only took about 30 seconds then we were out and it was printed for us on the spot. 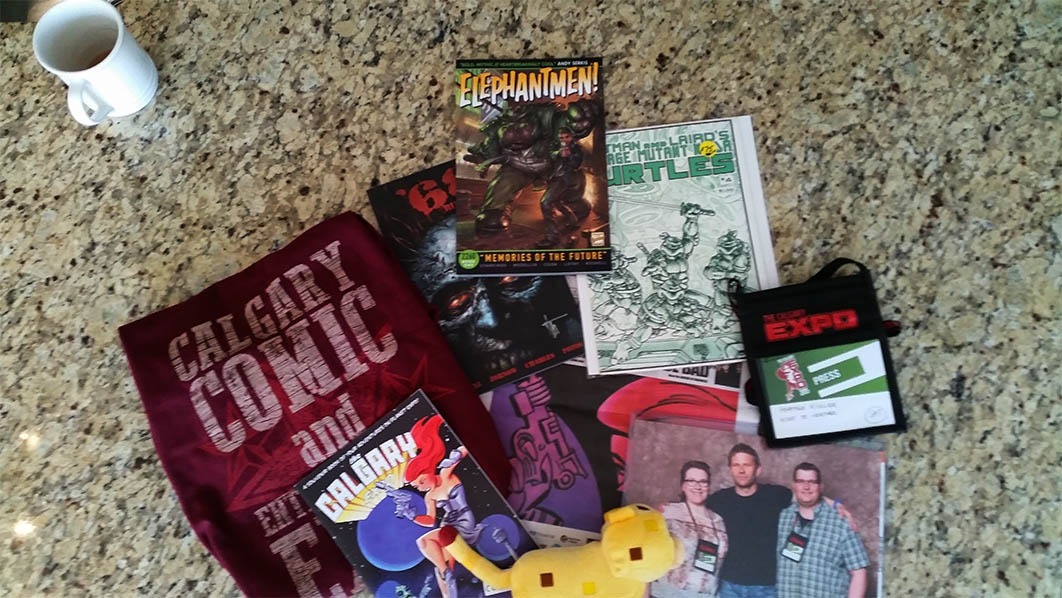 We love to wander through the comic books and see what the artists have been up to.  My husband found a Teenage Mutant Ninja Turtle #4 – a self published edition from way back when they first started the series. It’s pretty fun.  We also bought a few Pokemon t-shirts for the kids and since we spent the day at the Stampede grounds…we ate mini donuts AND a potato on a stick.  Stick food is a must at the grounds!

I hope we get to go back again next year.  After three years in attendance I have to say that it’s something we look forward to all year long.  We just never know what we’ll see or discover and the energy of it all is something unlike anything else.  Now if you’ll excuse me, I have some Supernatural to watch.