There’s one word I typically loathe in marketing copy and tv commercials.  One word I think is so cliche and so over used that it ceases to have any meaning.  This word is used to describe pretty much every product out there and I really wish people would just stop.

And so I’m hating on myself right now because it’s the only word that comes to mind when I think of the Lincoln MKS.  I wish it wasn’t this way, I wish there was another word coming to my mind so I could sit down and write this review without coming off like yesterdays old news.

This car was oogled everywhere we went.  It got cat calls (what size rims you got on them wheels?!?!) It even rubbed my butt. Oh Yes. It did. 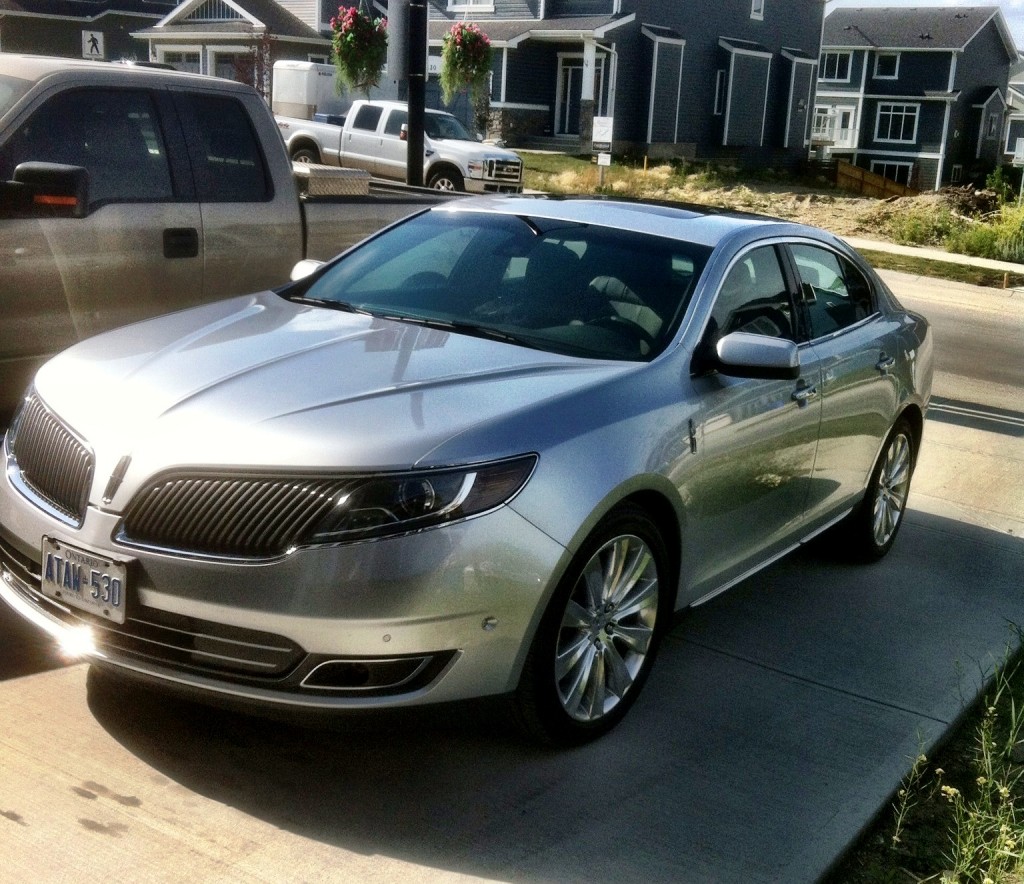 Driving this car reminded me that we are no way near the right stage of life for a vehicle like this.  Our kids are still in carseats and while they did fit, there’s not a lot of passenger room in the back.  Nate didn’t have much leg room and his toes touched the back of the seat in front of him.  The video screens were ours (not built in) and were in prime kicking range.  The good news is that when he wasn’t pummeling the back of my chair, the seat  itself was giving me a nice massage.  Talk about primo luxury – a mom could get used to that! 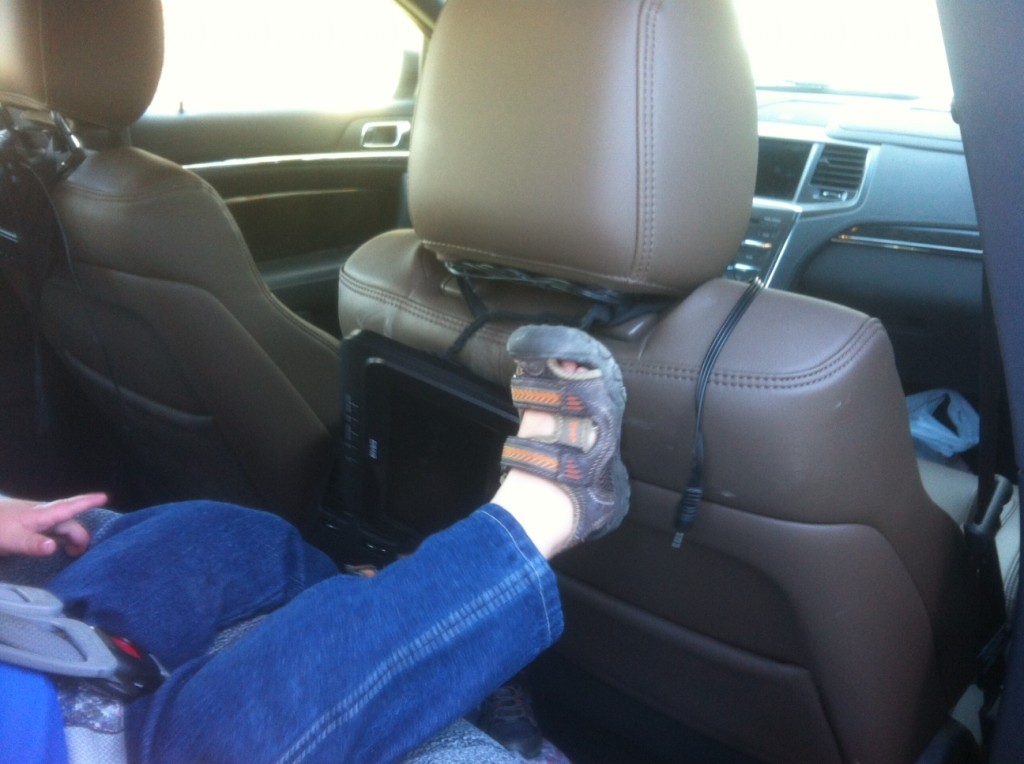 There was good room in the front seats though.  My 6’3″ dad felt like it was made for him.  He had more than enough head room and liked how high it sat from the ground.  It was easy to get in and out of.

We  had a lot of room in the trunk.  We packed 1 large suitcase, 1 small suitcase, the play pen and various other bags.  We did not have room for the stroller on top of it all though.  We just did without because Nate is big enough to walk most everywhere but we would have been in trouble if it was something we had to have. 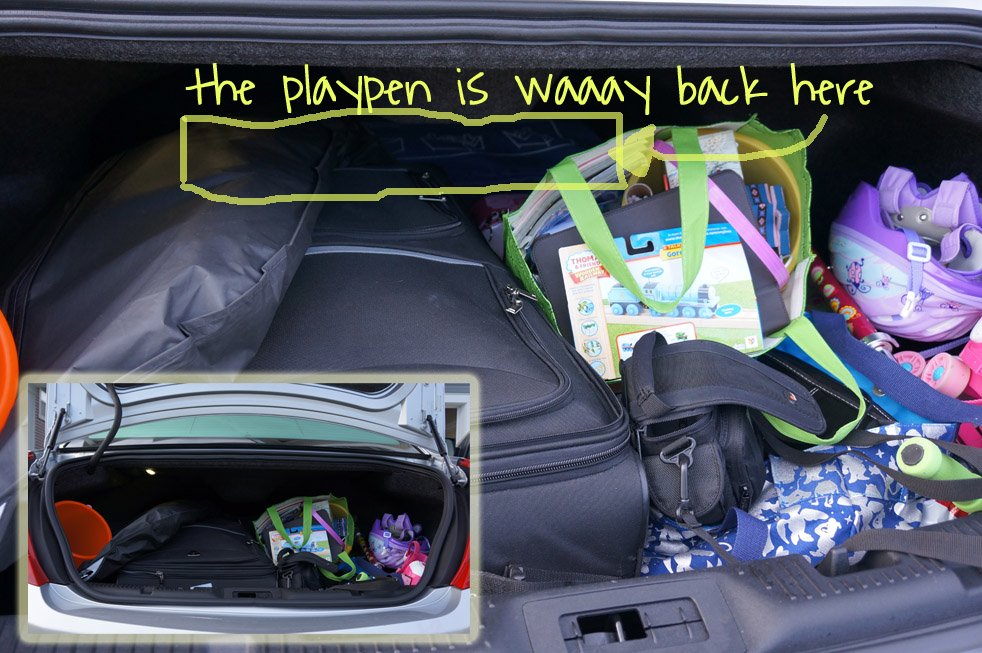 This car was super nice to drive on a long road trip. It had loads of pep and I loved the new distance pacing cruise control.  Basically, you set the distance between you and the car ahead of you and cruise control will maintain that gap.  When the car in front slows down, you slow down too…  Imagine this:  The speed limit is 100km/h  I set the cruise at 115 km/h yet I’m behind a car doing 90km/h.  My car will slow to do the rate of the car ahead yet, when I pull into the passing lane it realizes there’s nobody in front of me and speeds up!  I can then pull ahead of the slow poke, move back to the right hand lane and resume pace with the next car ahead of me all without hitting the gas pedal or the brake.  It’s pretty insane.  Hubs kept muttering things about ‘Skynet,’ not sure what that was about.

We got to Vancouver Island from Calgary on $110 worth of gas.  Last year, our exact same trip, cost $125 with the Ford Explorer we were lent for review.  The Lincoln had the new EcoBoost v6 3.5L engine while the Explorer did not have EcoBoost.  Not sure what to think about this.  Price of fuel from this year to last year was pretty close to the same.  Initially I was impressed with how little it cost in fuel but then I went back to my review last year and realized we really weren’t far off from the larger SUV which was surprising.

The Lincoln MKS came equipped with the same keyless entry and My Ford Touch console system as the Ford Explorer.  It included rear camera, GPS, Satellite Radio etc.  I would like to point out that I had no issue with voice activated commands this time around.

This car is a taste of luxury and I certainly enjoyed all the features it had to offer.  If you’re in the market for a sexy sedan then you must put this on your test drive list.  For our family, it’s not such a great fit just because of the car seats and because our next vehicle needs to have a third row of seats.  If we were in a different stage of life then I could see us driving an MKS.  Nevertheless, we spent a lot of time in this car (13 hours each way!) and it was a pretty comfy trip, you know, if you don’t count the kids screaming and fighting in the back seat.