Over the long weekend we hit the road and headed out to Hudson’s Hope – about an hour and a half away from where we are in Fort St. John. The drive was absolutely beautiful with rolling hills, farm pastures, rivers and streams all passing by our windows. We carried on just past the town to the WAC Bennett Dam – a BC Hydro property – for a tour. I had no idea what to expect as we’d done little research aside from hearing the commercial on the radio promising a tour, a cafe and a gift shop.

When we arrived we jumped onto a bus and some lovely BC Hydro employees drove us out to the underground portion of the tour. 500 feet from the top of the dam was an entrance into a massive tunnel where we donned hard hats and were escorted through the powerhouse. 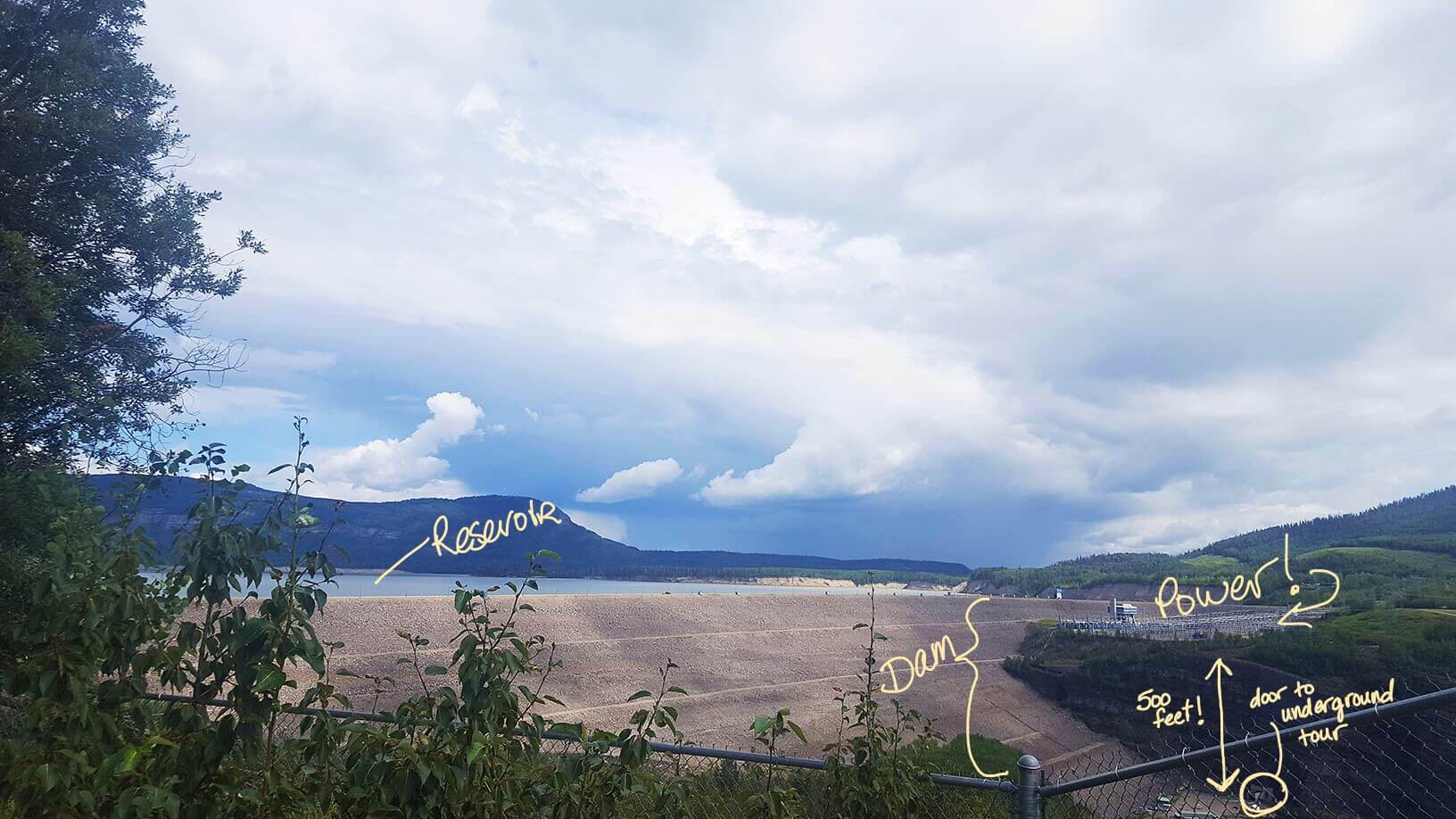 This photo was taken from a viewpoint from the top of the dam. I could see waaaaaaay down to where we had entered the tunnel. This dam is MASSIVE and it was so cool to get to see it right up close. 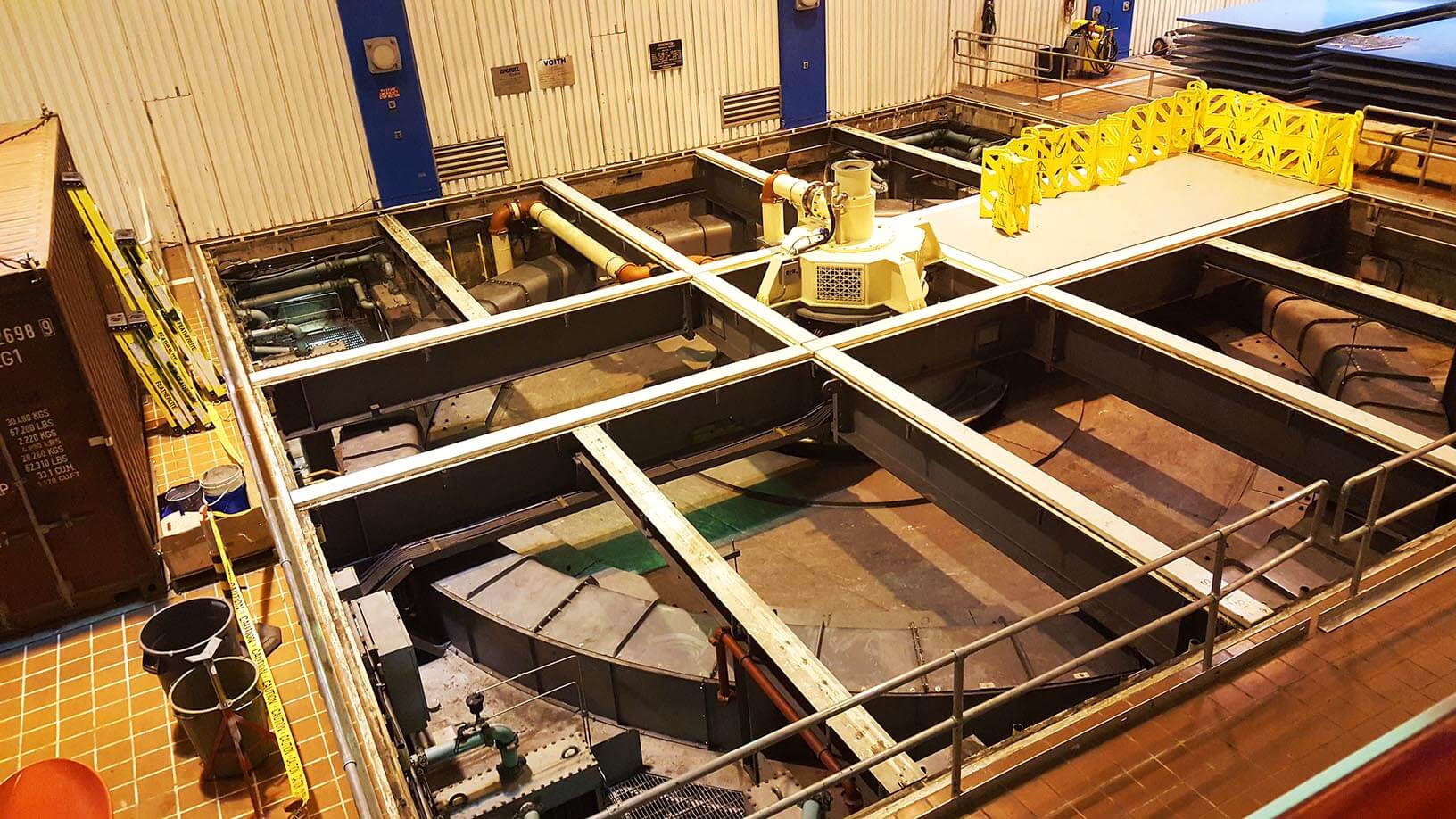 Inside the powerhouse was a little noisy but it was understood considering how much water was twirling through the turbines creating power for 1/3rd of British Columbia residents. After a wild ride the water (and fish too!) exits through here and goes back on it’s merry way down the river. 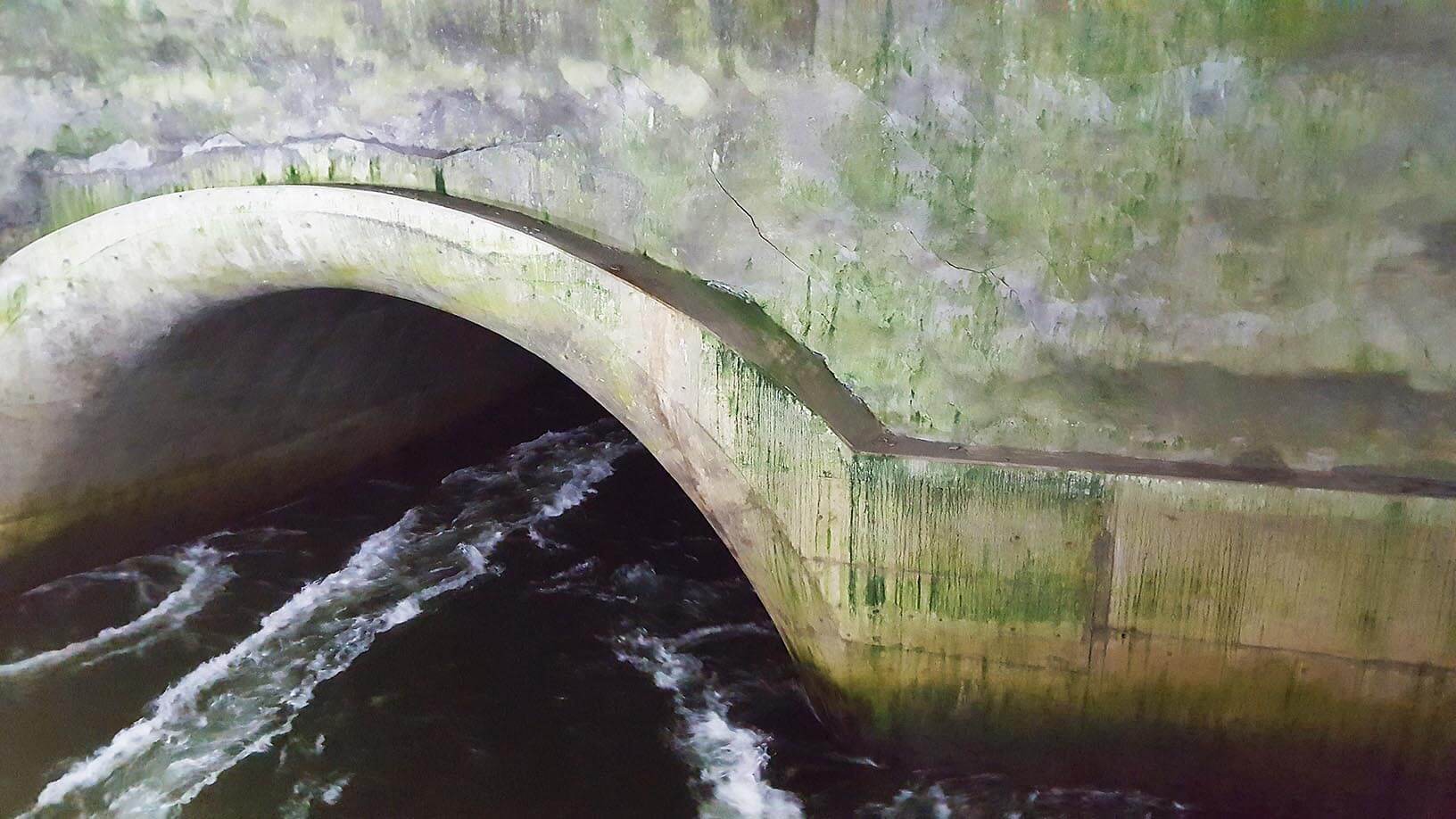 Inside the visitor center there were some fun exhibits for the kids to learn more about electricity (not that they’ve turned a single light off since,) and they had so much fun playing around with the hands on activities. 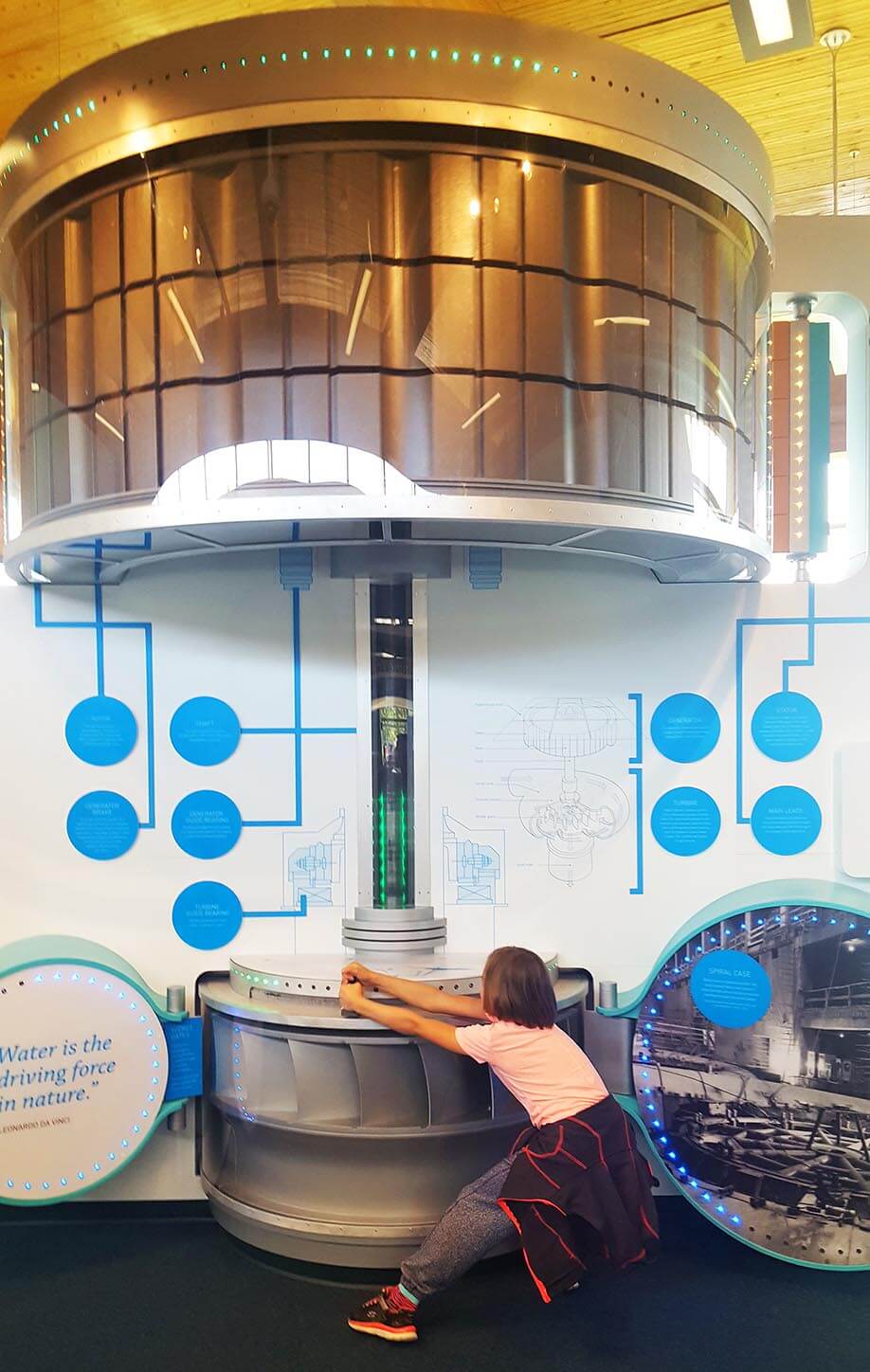 There was even a teeny dam for them to play with! 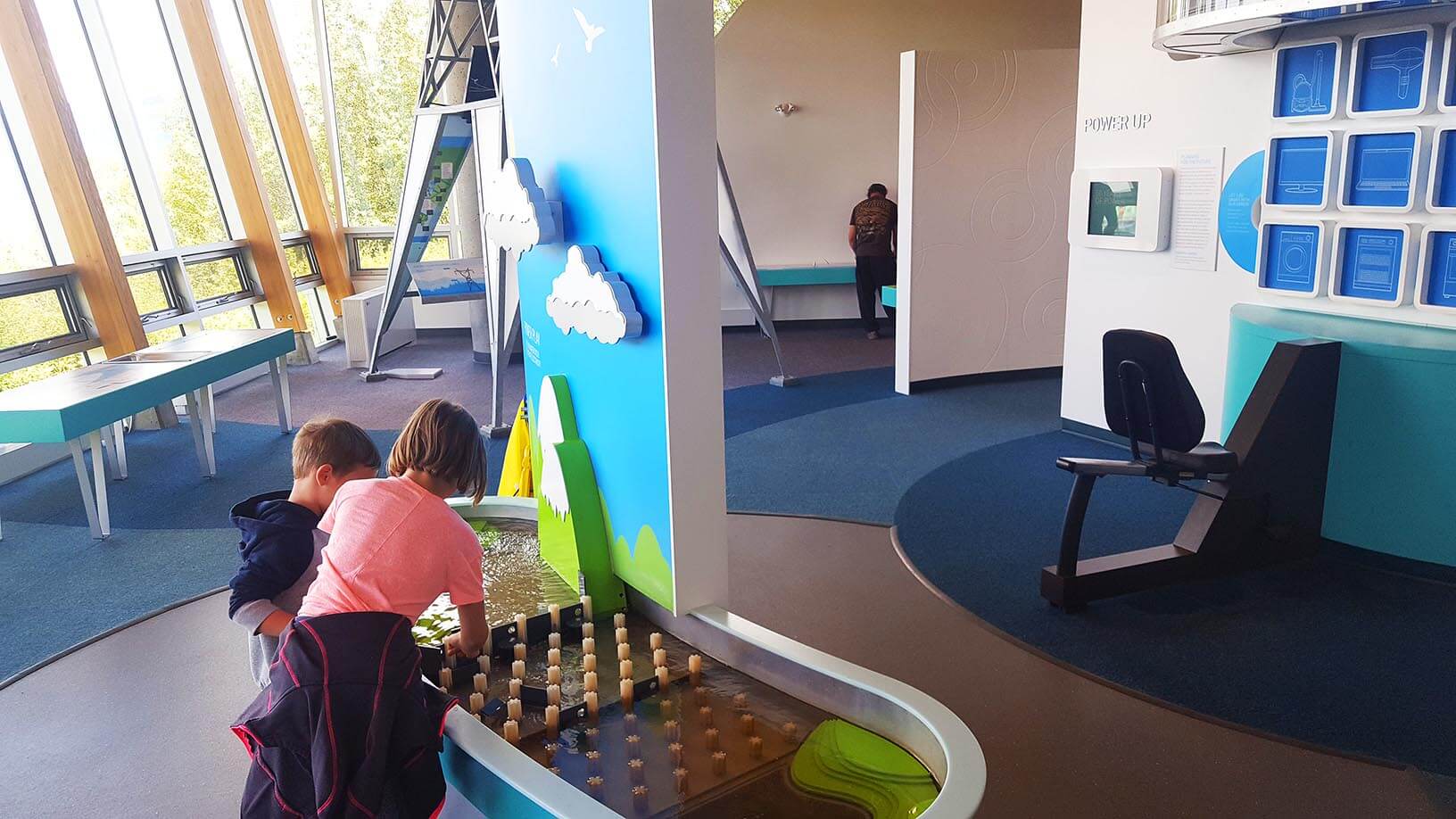 It was a really fun day and I’m so glad we went. We saw deer and bald eagles on site and there is potential to see more wildlife like otters, bears, wild sheep and mountain goats too. It was a beautiful setting and that drive….so worth it. 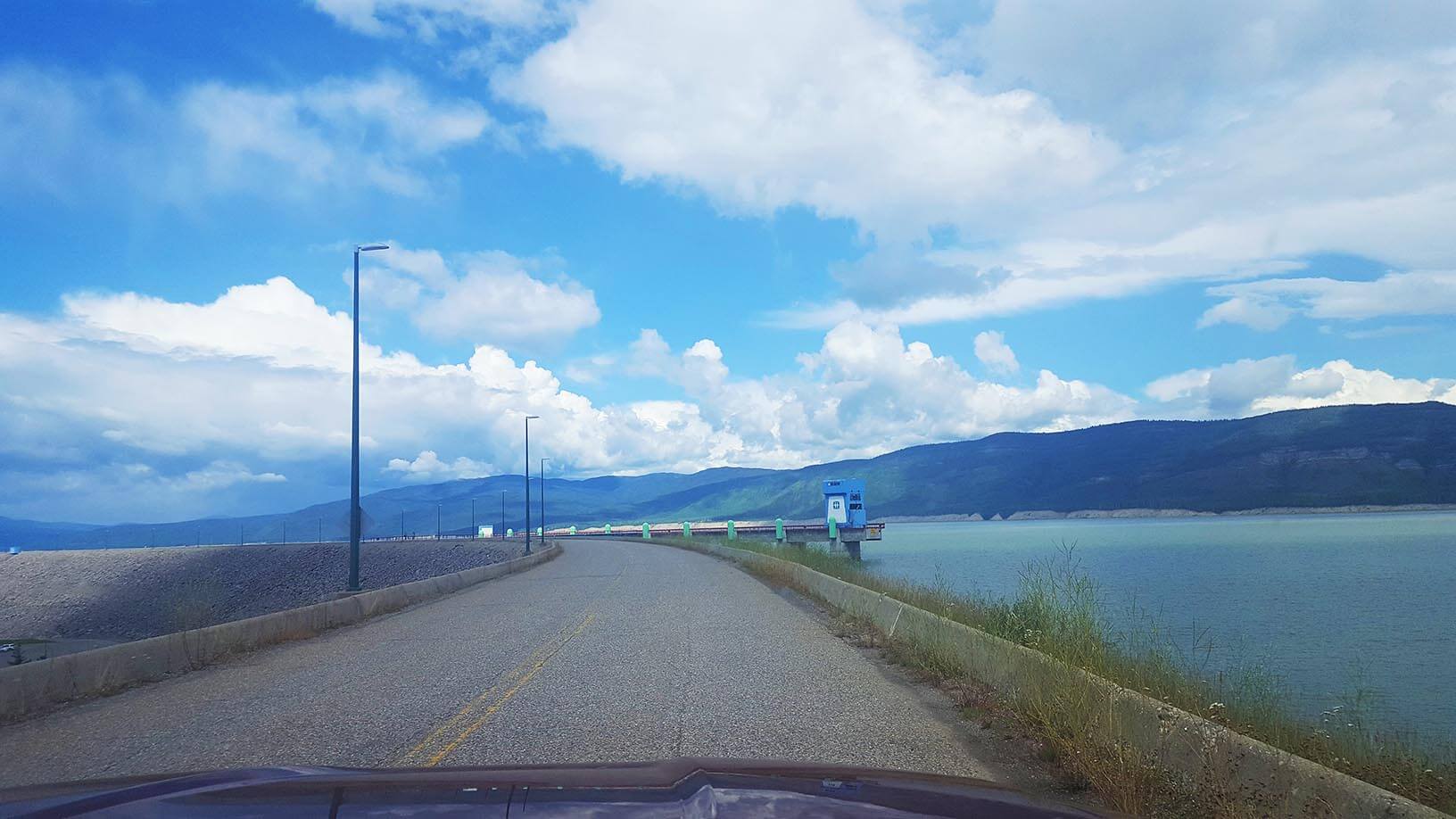 You can also drive right along the top of the dam! There was a lookout on the other side and I saw a road that leads to a boat launch too. It was worth doing, great views from up there. 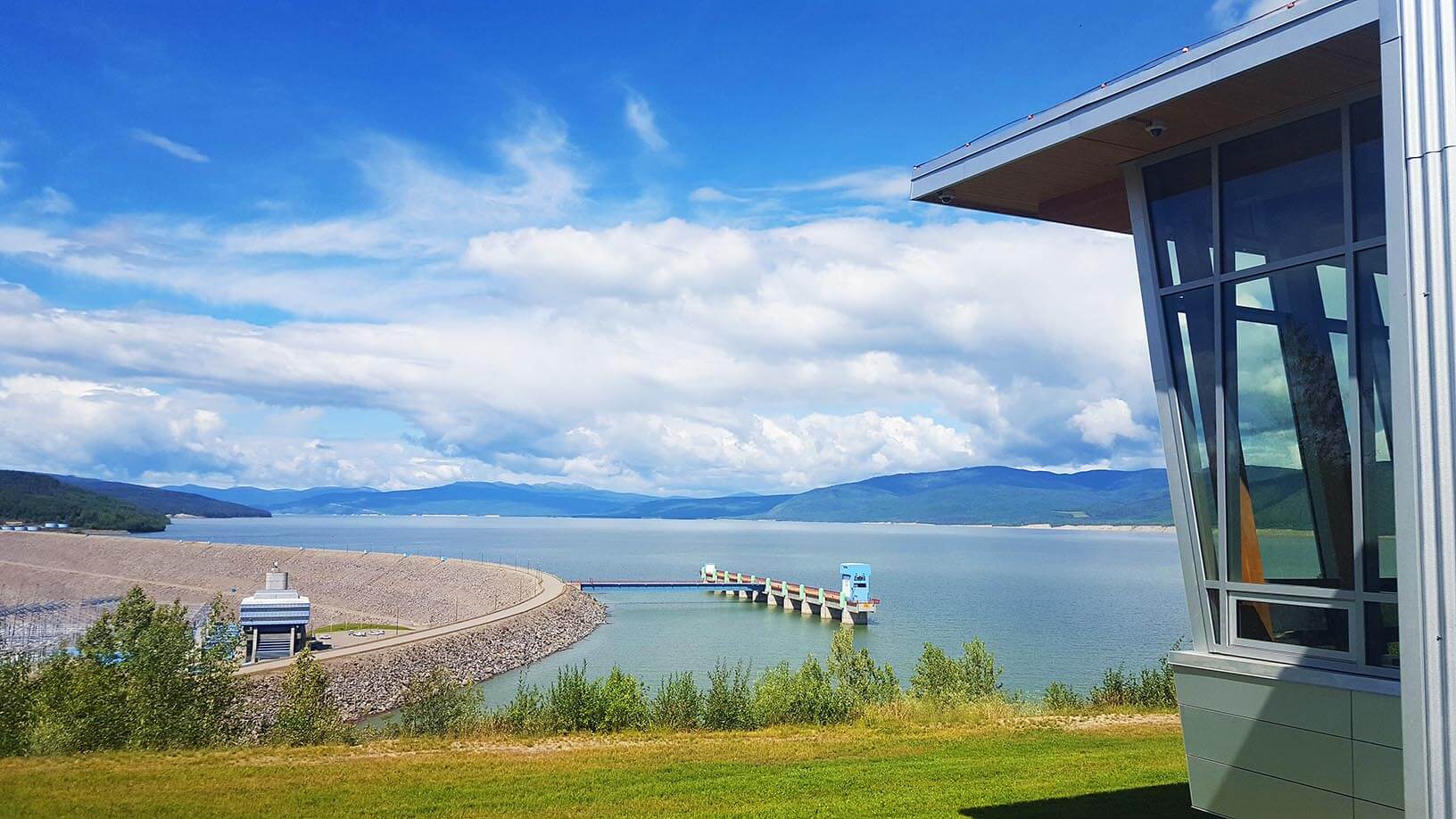 Should you go? – Yes! For admission and more information on tour times click over the the BC Hydro site.

They had free lockers on site to stash purses and backpacks which weren’t allowed on the tour. Cameras were permitted and you should bring yours as you’ll want to take lots of snaps.

The cafe wasn’t so great. They had three soups, none of which my kids would eat and some soggy tuna or ham sandwiches. If we were to visit again I would pack a lunch to eat outside.

The dam didn’t appear to be very accessible for those with special needs. If you have questions about accessibility please call them and inquire. From what I saw, a person with a wheelchair wouldn’t be able to join the bus tour portion, but maybe they can make arrangements. I don’t know for sure so please do ask. (edited to add: comment below states that arrangements can be made. Yay!)

The road out there was the sort that might make someone a bit car sick if they were prone and we got stuck behind several large trucks. Give yourself lots of time, do not speed or pass unnecessarily and I would avoid the trip in very bad weather.

The gift shop was great! My kids each picked out something related to electricity and are enjoying their purchases.

Allow for a bit of time to visit the town of Hudson’s Hope. We saw a fun little museum there (entry by donation) and it was interesting to drive around and see this little town on the banks of the river. I think I’d like to explore a bit more in the area!