A while ago I bought a bag of apples thinking that I’d make a crisp or something.  I didn’t get around to it.  Then I had the most intense craving for cake.  It was as though if I didn’t have cake, I’d be unable to carry on with anything ambitious.  As though, cake were a part of me and that part was missing.  As though, cake was the meaning of life.  I had to have cake.  HAD to have it.

Naturally, I thought ‘why not use up those apples too?’  Everyone knows that if you put fruit in cake then it ceases to be decadent and instead becomes healthy.  Right? RIGHT??  Also, I used Safeway’s Open Nature Granola with Slivered Almonds and dried Cranberries.  Gee, this cake is practically a meal 😉

And I threw in a few other things too and it became Apple Cinnamon Granola Cake and it was amazing and I became whole once more. 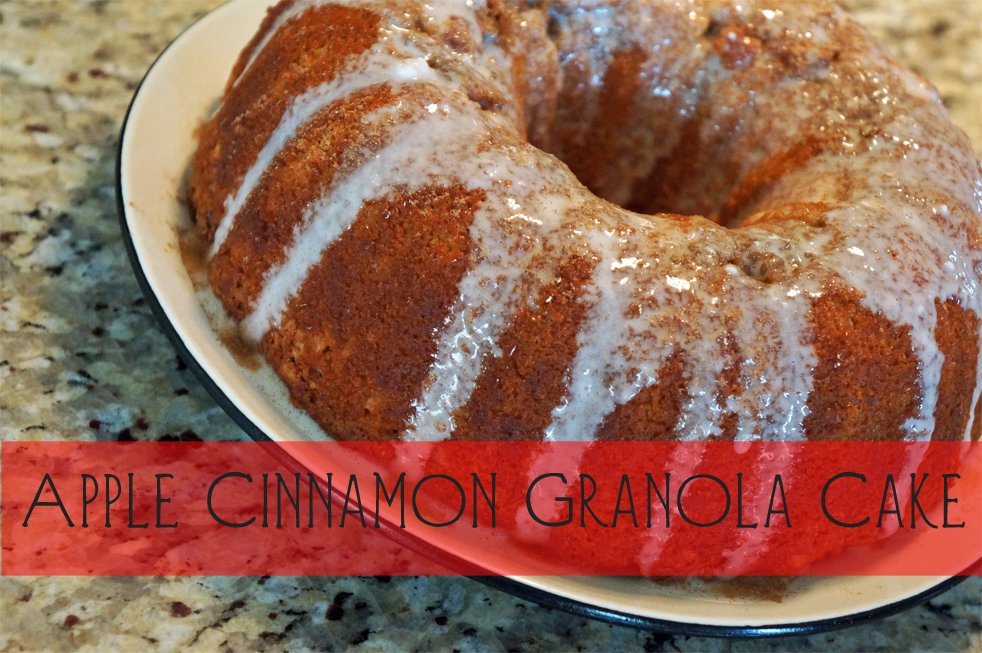 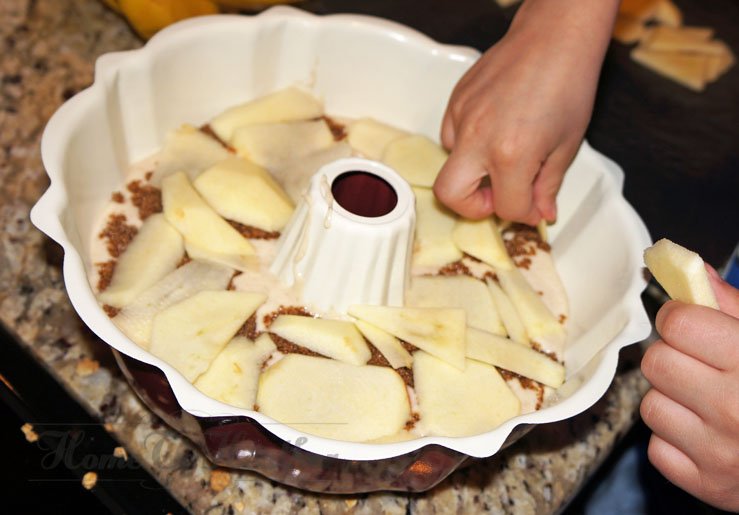 Layering the apples is a perfect job for a little person!  I poured a simple icing sugar glaze over the top (mix icing sugar with milk until it’s smooth and pancake batter consistency…pour over the top)  It’s the perfect cake to have with a cup of coffee or serve it warm with ice cream.  YUMMY! 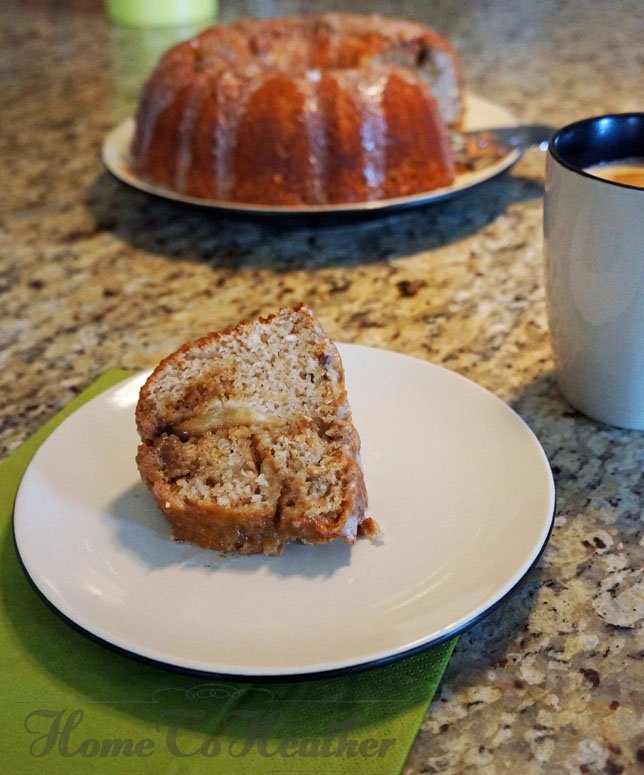 The best way to describe this cake is to imagine an apple fritter.  Yes, the donut apple fritter things.  This tastes like that.  Except it’s cake and you can make it and you don’t have to stand in line at Tim Hortons for this blast of amazing flavors.  Go now.  Satisfy your cake cravings.  Become whole again.  You deserve it.