Rob came home from work and said “so, what burned in here?”

“Just go look in the kitchen,” I said.

He saw the pan and I told him about the Bacon Wrapped Meatloaf and the fire.  He laughed and then ate his dinner and admitted the meatloaf was really, really good.

The next few days saw us noshing furiously on that delish hunk of meat.  I even had some for breakfast one morning sauteed in with some hashbrowns and a scrambled egg.  It was amazing.  We put that baby to bed but the memory, and the grease,  from it’s existence lived on.

In an attempt to clean our oven I scoured the bottom and turned a good number of white cloths black.

Then I turned on self clean again and it lit on fire again.

Then Rob took his turn and scoured it again and turned on self clean again and it ran just fine – no fire.

At the end of the 2 hour clean we looked at the element and it had warped and cracked.  It’s days were numbered and our old oven didn’t seem like the kind of appliance we wanted to sink more money into.  It didn’t have many redeeming qualities.

My cooking killed an appliance.

We had to buy a new stove.  It’s really pretty and has a ceramic cooktop so it’s easy to clean and the element in the oven is hidden.  Plus it has a steam clean setting which will be great for all my messes. Score for me – never mind we’ll be paying for it until the baby starts school.

But, the good news is I discovered a basic piece of kitchen equipment that will allow us to cook the dream loaf (tee hee) without ruining another appliance. Behold the ‘Broiler Pan.’ It has a pan underneath to catch the grease! Brilliant! Don’t ask me what the eff is being cooked on this one – it looks like cheese tomatoes but the meat/bun/liver? thingy is stumping me.

And now since I feel I can encourage this recipe safely without readers burning down their houses – here it is: 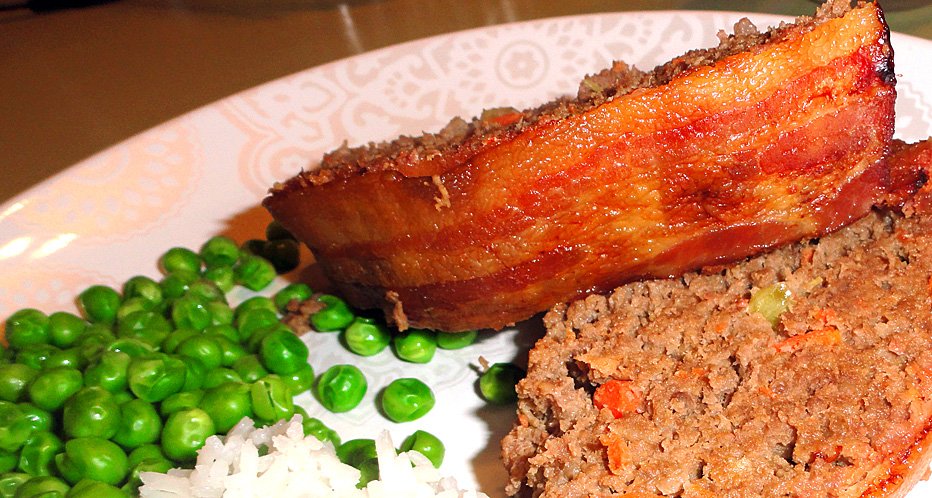 First, dice up the onion, celery and carrot really super fine.  I used a bullet to nearly liquidize them but you could use a grater or food processor and just get them as fine as possible.

Then toss everything except the bacon in a large bowl.  I used my stand mixer fitted with the paddle attachment and it worked well and I didn’t have to get all gooped up.

Next form the mixture into a loaf on your broiler pan and cover it with bacon.

Bake at 350 for about an hour and a half.  The bacon should be nice and crispy on the outside!

Let your bacon wrapped meatloaf rest at least 10 min before you slice into it and make sure you use a serrated knife to get a nice slice….or 2.  Or 3. Ahem. 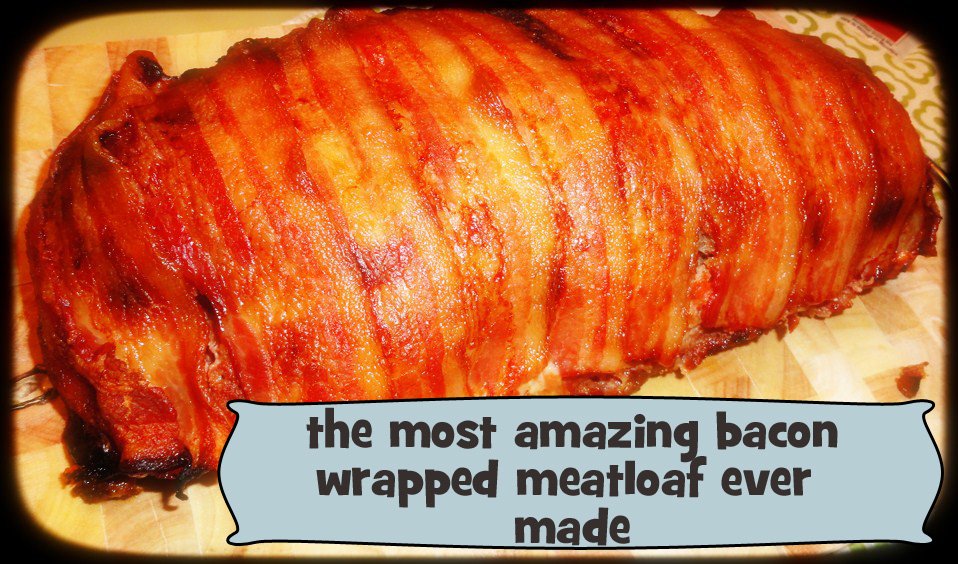